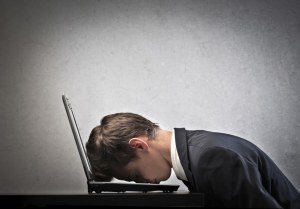 I meant to write this article last week. Or maybe the week before.

If there is one thing I am good at it is putting off until tomorrow what I planned to do last week. Of course, “tomorrow” is in the Biblical, or even the geological, sense. Tomorrow could be the day after today or, as is often the case, tomorrow could be next month, next year, or never.

Here’s the thing: Those of us with a proclivity to procrastinate really don’t need to hear you tell us to “just do it.” We know that. We’ve been told a million times before, half of those by ourselves. We get it.

We just can’t do it.

At some point we begin to take pride in how good we are at procrastinating.* “I put the ‘Pro’ in Procrastination!” “At least I’m good at something.” “I’ll get to it; you don’t have to keep reminding me every six months.”

I’ve addressed this topic before in Tentative Writing Group and the ever-popular My Precious. [“We wants it, we needs it. Must have the precious,” said in my best Gollum voice.]

And still it remains.

Proclivity to procrastinate has a nice alliteration, doesn’t it?

Darn. There it is again.

I’m writing this in response to a writing prompt. But it’s really just another way to avoid working on my next book.

Which I suppose I better do.

*We don’t actually, but we have to rationalize this away somehow.

7 thoughts on “Proclivity to Procrastination”